Special edition in a 12" Cartoon Box, incl: the LP 1000 pics Puzzle from a Monsters comic, sticker, booklet etc.
All Songs written by Beat-Man Zeller and the Monsters, Aug.2002 registered +suisa+ recordet and mixed at 'JESUS LOVES YOU ' Studios Aarau, By Pumi and Janosh, Mastered at Central Dubs in Bern. 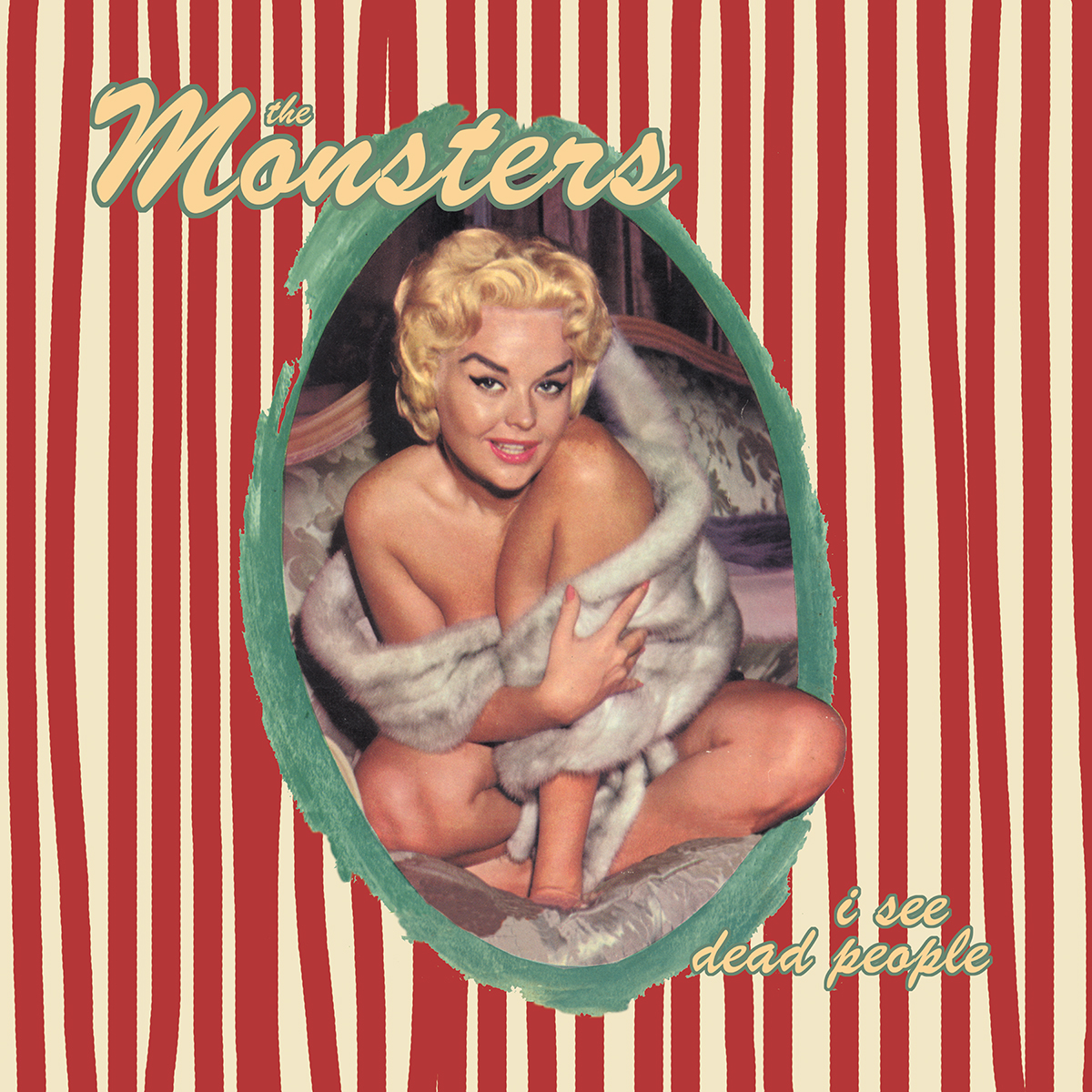 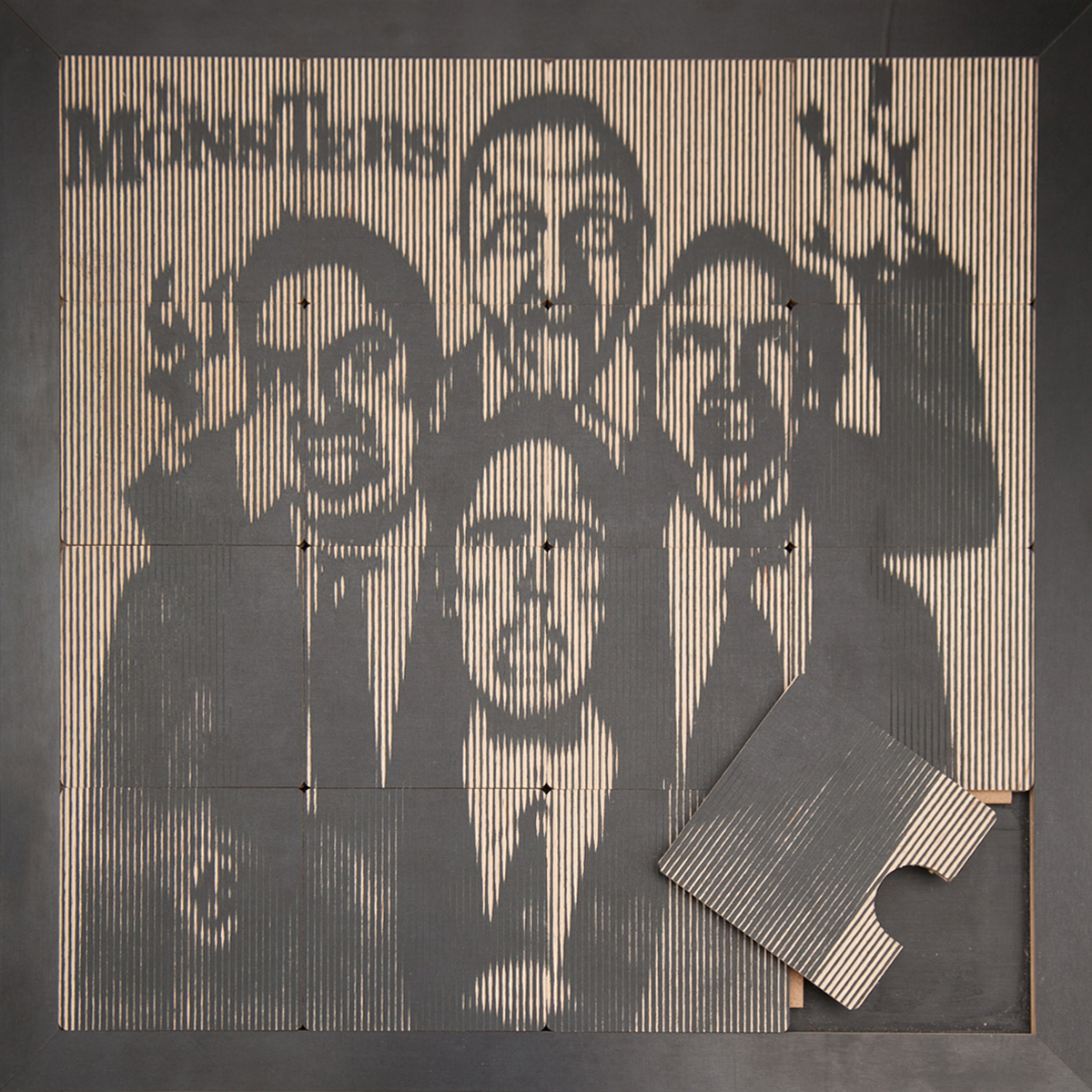 This time the Sounds of Subterrania Special Edition for the Monsters album comes with a LEGO club to build. The club is including The Monsters in stage- and in promo-outfit , Pumi as a soundman and my humble self as a record salesman. The club has a bar including drinks and a small pa. We are also currently negotiating with a Minifigure printing service, so we can offer to attach yourself and your friends as a personalized audience to the set. 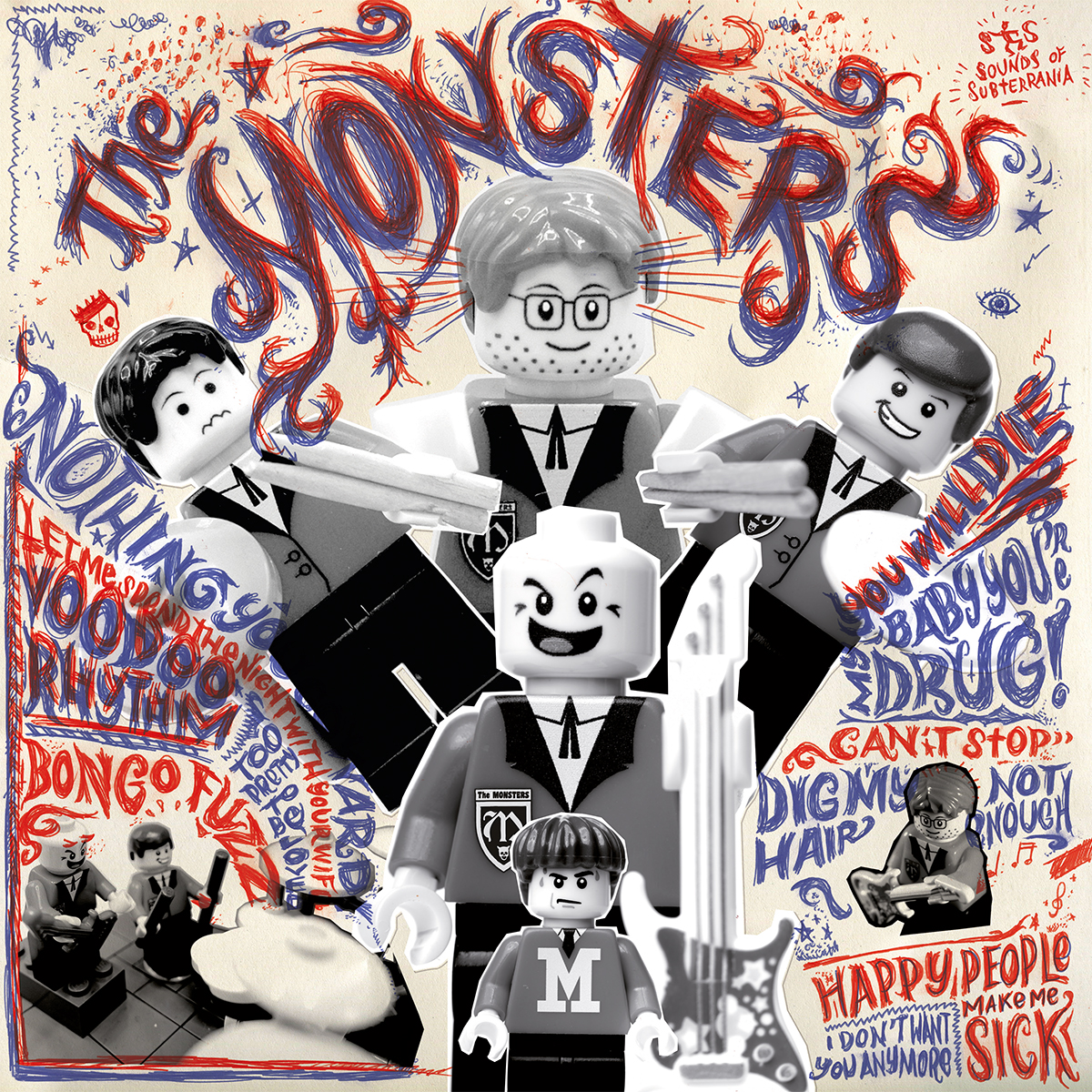 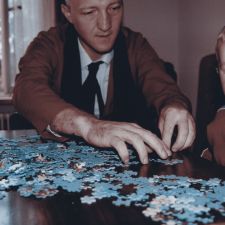 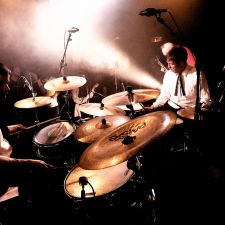 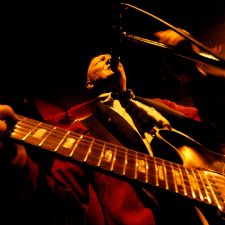 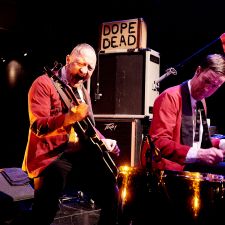 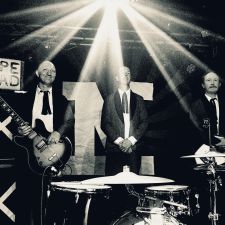 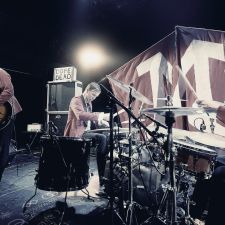 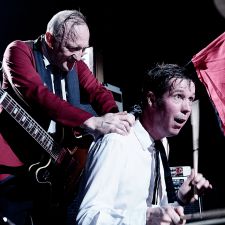 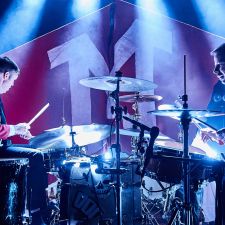 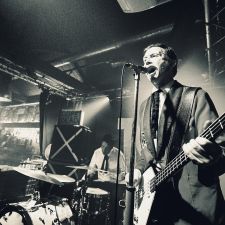 The Monsters - More you talk, less I hear

The Monsters were formed in Bern, Switzerland back in 1986. Their sound is a mixture between Rockabilly and 60`s Garage Punk. In the beginning they where a trio with stand up bass and stand up drums. After a while, drummer Oli left the band to play with Berns' rockabilly trio the Radiations. Oli was replaced by Peppe, owner and founder of Record Junkie the label and record shop. The Monsters only played in Switzerland from 1986 - 1990, and soon became unknown local heroes and recorded two long playing albums "Masks"1989(LP) and "The Hunch" 1990 (LP/CD) and a 4 song 7" EP "Nightmares"(1988) for Record Junkie In the begining of the 90`s the Monsters played in Germany, France, Holland, Belgium, Italy, Austria, and England.
They released a few 45rpm`s on several labels in the USA, Germany, and Italy (Dionysus, Jungle noise, Mad driver..) and two new Long playing albums "Psych out with me" 10" on Jungle noise and the "Youth Against Nature" 12" LP on Record Junkie. Jungle Noise (German label) head Axel Gieseking also did a lot of writing about the Monsters for the press. He also had and still has his own fanzine called "Sartorial Elegance". The Monsters became a household name in Europe and Axel Gieseking also organized, together with Demolition Derby (Belgium), a very "successful" little Tour de Europe. The Monsters played Paris, London, Berlin, Hamburg, Torino...and 100 of other places where Rock`n`Roll still exists. In 1992 Beat-Man started his own record Label called Voodoo Rhythm. With this label he tried to publish his own projects (The Monsters, Lightning Beat-Man Reverend Beat-Man) and other Swiss Rock Garage acts and Punk and Rockabilly bands. Today the Monsters play more than ever, the new record 'i see dead people' are selling very well Crazy Love records in Germany did a reprint of the long sold out 2 first albums, the mask , the hunch... and voodoo rhythm did a reprint of the 97 album 'youth against nature' the monsters today are a 3 or a 4 piece bands and they play with the world first CLONE DRUM SET... Di Putto hits one side Swan Lee the other... the result is LOUD and FAST as fuck..
GO SEE THEM LIVE ON STAGE.... THEY BLEW YOUR BRAIN AWAY WITH LOTS OF CHAINSAW MASSACRE GARAGE PUNK AND PRIMITIVE ROCK'N'ROLL TRASH