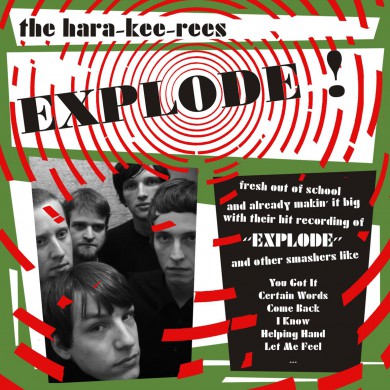 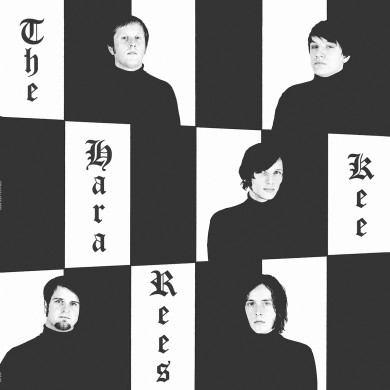 The Hara-Kee-Rees - Out Of My Head

The first release of this (not really) new band from cologne (with members of King Kahn and his Shrines, The Astronauts and Metrophon) is going to blow your head off from the beginning and it's just hard to get rid of it. This explosive mix of 60's northwest garage punk comparable to bands like The Wailers, The Sonics or The Kingsmen on the one hand and powerfull Rock'n'Roll on the other hand garantees fun in your living room as well as crowded dancefloors.
Classical garage burners, sometimes with Saxophone ("Hara-kee-ree for life", "Come back"), meet modern sounds ("Certain words", "Helping hand"), fast punk songs ("The yeah-yeah-song", "You got it") and mix with midtempo pieces ("New start", "Let me feel"). The sometimes melodic sometimes screamed vocals, that definetely have their own style make this record an excellent and diversified garage album.
The Hara-Kee-Rees was born in Cologne on February 2002 and the first Live Appearance was in June 2002 - Kassel / Haus. This was the concert what Gregor had seen. The people dance wild and the sweat run the walls down. It was fantastic. February and March 2003 was the first Studio Adventure on Rocket Dog Studios/ Arnheim. And "Explode!" glimpsed the light of the world.out since Friday, June 13th. A tour follow in September 2003. The second Studio Adventure started February 2004 on Rauschraum/ Cologne.