Mads and Johan playing now by The Don Darlings.

The first studio effort by the band and also their first official release through Sounds Of Subterrania two years later. A crisp and smooth recording with ringing guitars and great pop melodies, maybe best shown in ”Song for you”. Opening track ”It’s Over” got it’s share of attention and well deserved airplay. This EP is not a statement but it surely points out the direction the band were heading. 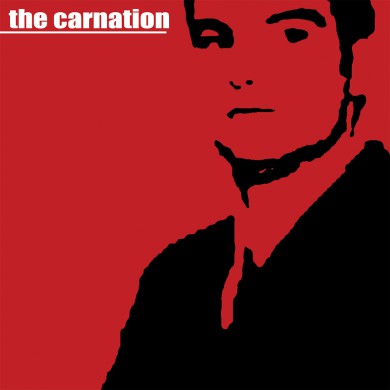 With great confidence and integrity The Carnation are bursting out in four up-tempo, hardhitting songs leaving you wanting more. The title-track ”New Sensation” really knocks you off your feet. The obvious choice of single from ”Gothenburg Rifle Association” with a chorus that gets into your head and simply stays there. ”New Sensation” is supported by another album track - ”Can’t get enough”, an uncompromising track with trashy guitars and punk attitude. The two additional songs are the lovely popsong ”Make it happen” and the psychadelic flirt ”Circle around the sun”. All in all a lovely set of songs and a good introduction to the bands music. 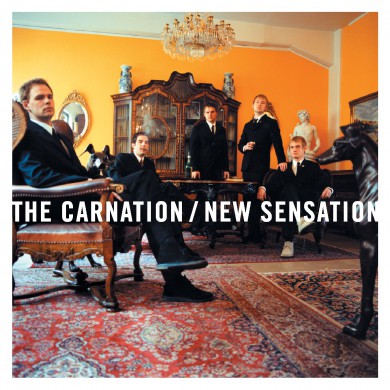 With their full length debut ”Gothenburg Rifle Association”, the five gentlemen in The Carnation show beyond any doubt that they are capable of writing classy pop tunes that will stand the test of time. Of course, one tends to find loads of references popping up while enjoying the album’s twelve tracks, but the final result is totally The Carnation’s own. The Swedes seems to master many different musical genres, from haunting rock paranoia in the opening track to the straightfoward pop of the single “New sensation”, right down to the mellow nostalgia of dreamy ballad “No other way”. This pared with the fact that the band has three talented vocalists will prevent the listener from ever losing interest. Holding this diverse piece together is strength of the melodies and a very British feel, making the punkier numbers sound more like The Libertines than The Strokes. Which is a good thing. 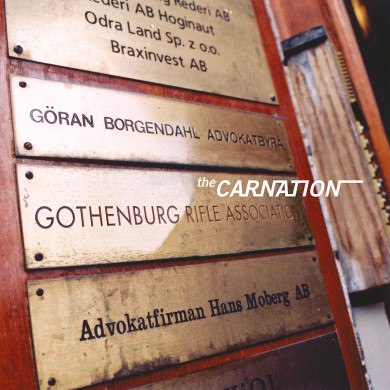 On ”Human Universals” The Carnation are leaving their new wave-infected sound for something rather different. While the harsh vocal delivery remains intact in places, the overall impression of the album is one of development. With the inclusion of synthesizers, dance grooves and Christian Bergman’s melancholic-psychedelic slide guitar parts the band has certainly come a long way since their debut with “Gothenburg Rifle Association”.
The new record begins in a stylish way with the delayed drums of soul-pop effort “Label slaves”, before the punky guitar and bass of “Thursday’s kid” kicks in. These are followed by a list of songs that combines anger, hate and frustration with political awareness and hope for the future. When singer Eric Obo barks about terrace aggro in “Where’s the violence?”, it’s actually hard not to believe him. After a staggering 42 minutes the final chord of the 13th and last song “On the losing end” fades out and the listener is guaranteed to have been affected in some way or another.

The Carnation was formed by songwriters Christian Bergman and Eric Obo. They'd been playing together since 1998, at first being the driving force behind mod-indie combo The Anxious. The line-up was completed in the spring of 2000, now featuring Robert Caesar and Johan Conse.
Later that year a first demo-EP rended the band national airplay. The lads continued playing throughout Scandinavia while from time to time demoing new songs. Mads Husvik joined on keyboards in 2002. In 2003 The Carnation signed with the German record label Sounds of Subterrania! Their first release was a 7" vinyl consisting of demo material. During summer the same year, most songs for the debut album was recorded with producer Bjorn Olsson (Union Carbide Productions, The Soundtrack of Our Lives). The debut album "Gothenburg Rifle Association" was released in March 2004. Response from fans and critics was overwhelming and the record gained The Carnation a devoted following in Germany, the rest of Europe and elsewhere. After touring and promoting the debut, the band took some time off before spending the tail end of 2005 writing and rehearsing their follow-up "Human Universals". The new album represents a renewal of their patented new wave-sound, making it a lot different from the first one. It was recorded with producer/technician Hans Olsson in Gothenburg throughout January and February 2006. When coming home from a short visit to Germany, where they performed on the Bite It-festival in Kassel, The Carnation made a video for the single "Jesus saves" together with a Gothenburg-based production company. This is to be released together with "Human Universals" on the 20th of August.