»The coming of spring« 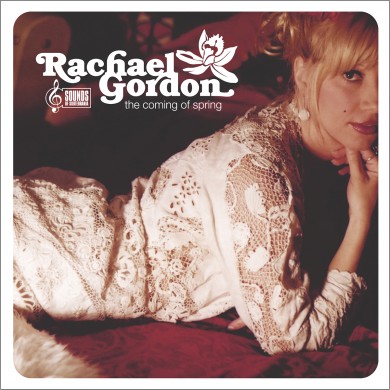 Wonderful coloured Vinyl Split 45 w/two tracks each! The Bad Apples were just on tour here with Rachael..! Rachael plays again two of her supernice Pop Nuggets, so melodic, so shiny little masters. The Bad Apples play incredible catchy 60s Garagepop, complete with swirling organ. Both, Rachael and The Bad Apples come from San Diego/ California and you feel the sun on your skin, when you listen the songs. 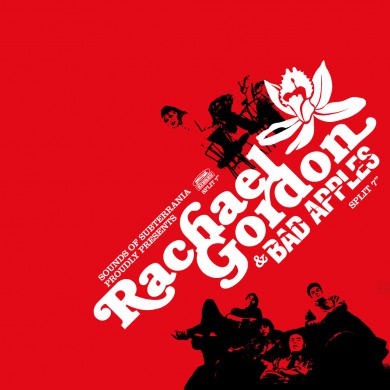 Reports on the death of rock and roll are greatly exaggerated. As evidence, may I present Rachael Gordon. This California singer is the antidote to today's stale cookie cutter music scene, mixing rock, folk and pop for a sound uniquely her own. Assembling a crack team of San Diego's best musicians and writers, Rachael has put together as strong a collection of original tunes as you're likely to hear- "The Coming Of Spring".
It really is an incredible collection of songs. From the sonic blast of "Where Are you Tonight" to the girl group magic of "Fun At Your House", In addition to great new custom tunes from the pens of Mendoza, Brandes, Penalosa, Croce, Von Sneidern and Barajas - all names that should be familiar to any discerning pop fan- Rachael makes the perfect music for anyone who likes their tunes vibrant, rocking, inspired, and delivered with a manic conviction. This is an album meant to be played loud, sung along to, and then played again.