Lubomyr Melnyk is a Ukrainian pianist and composer. Through his pioneering work in the 1970?s, he developed the technique of ?Continuous Music? for piano, and with it a stunning new language for the instrument, based on its actual sound. By way of this new technique, he set several world- records on the piano, notably in Sweden in 1985 where he was recorded playing at over 19.5 notes per second ? a speed that has never yet been matched, making him the fastest pianist in the world. Since the mid-1970?s, he has performed concerts with his music world-wide as well as radio recordings. Most of his works are for piano solo and duo, although there exist several works for orchestra and various ensembles. While his revolutionary piano playing was mostly ignored by the classical institutions in its early years, his music is gaining an ever-wider international awareness. This album features five recent works, that display the beauty and magic and virtuosity of his playing. 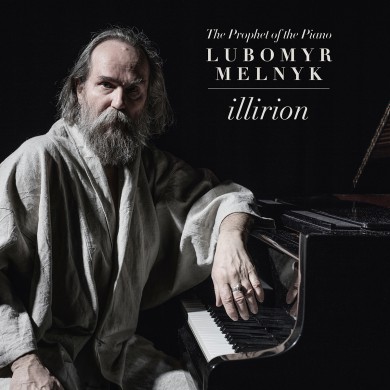 Palisade no.A3: This piece is the reworking of an idea that first came to Lubomyr around August 2017. It has a brooding and ominous character, and suggested to me a vague feeling of as though something were lurking in the darkness, or of the worries we have when we fear something unwanted might happen. There is no specific "story" in this piece, it is just a feeling that arises inside the music when it was first born, and then the music begins to create its own path in the wilderness of life. I started to record this piece in September 2017. At first it began with a much simpler unvaried first version which grew into this no.A3 version. There will probably be more versions as I live with this piece through time. All the versions of Palisade are basically improvised from the main thematics that form the heart of the music. Vocalize no.29: This is an improvised Vocalize, one of many purely harmonious works which have the piano singing out in melody. This Vocalize was improvised for this recording. Limited All Analog Direct Cut Acetate Recording on 33 copies 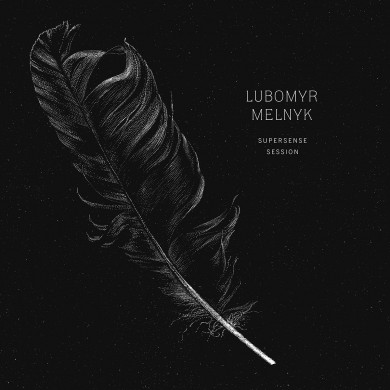 In 1978 I arrived for my first time to Sweden, to the town of Lund .. and there I met a remarkable man named Jean Sellem who ran a tiny gallery in the middle of the town, "The Galleri St.Petri: Dedicated To Modern Art and Thought "... and he was one of the few and first people who saw the greatness and beauty of Continuous Music .. and since I was a complete "unknown" at that time, I really needed his moral support ! --- and he created with me, the idea of a huge work for multiple pianos ... three pianos .. in stages ... and it became as he had envisioned ! and was first performed on a small upright piano in 1978 in his gallery, and the piece was called THE LUND.St.PETRI SYPMPHONY .. becuase it was so symphonic in grandeur (once the three pianos came together ...) The Lund - St. Petri Symphony, from 1979, is the second album from Lubomyr Melnyk and the first composition for double piano which he released. In this work, the early minimalist tendencies which played such a major part in the emergence of Continuous music, are very significant and clearly evident. This Double LP set sold out within 1 year of production, Only 1000 copies were made. Original Release: 1980 Limited All Analog Remastering Recording 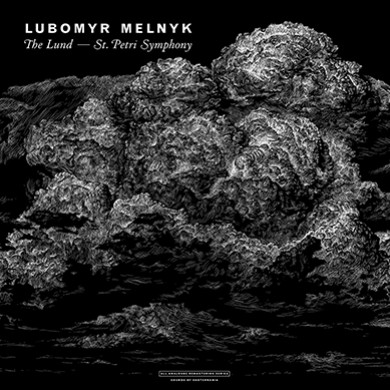 1. Concert-Requiem (for violin and piano)
2. -Island- (for solo piano)

Commissioned in 1984, by the dance group Windwitches of Stockholm. First performed at The Glass House, Stockholm, February 1984. Recorded by Ilka Volanen at Studio Julius, Helsinki / 1984 All-Analogue Mastering and Cutting by Moritz Illner / Duophonic limited on 500 copies 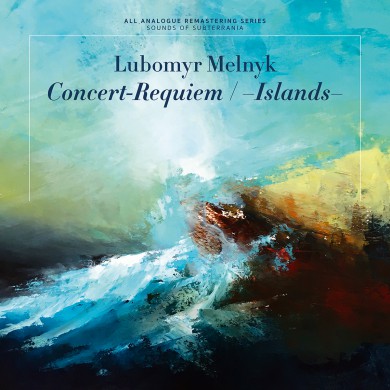 »The Song of Galadriel«

Reading Tolkein`s LORD OF THE RINGS saga was one of the greatest experiences of my life ... his amazing talent for words was mindboggling ... and the great topics he touched upon remain forever as the most important topics of life ... they are still most valid today .. and will be for all eternity. Everything he described through his magical words came to life before my eyes ! So it was most natural that he would inspire music within me ... music that I can not describe in words how it relates to the Saga .. but deep inside me, it all shines clear as a lamp-post on a dark street ... and it shines into my soul in many, many dimensions.....`` .... and on a technical note, this piece marked the first time I created Arpegge Melodies within Continuous Music !" In the ``Song of Galadriel`` Lubomyr Melnyk has created one of the great epics of piano music in our century, a work of visionary character, filled with haunting and delicate melodies that evoke the mystical world of Tolkein's `Lord Of The Rings`. Arthur Rankin Original Release: 1983 Limited All Analog Remastering Recording 29 min, per side 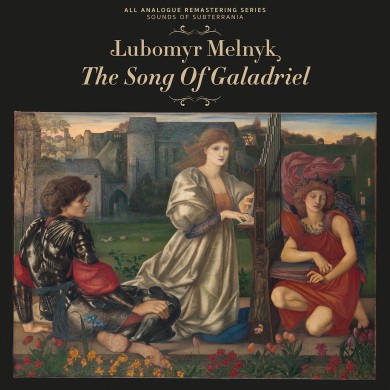 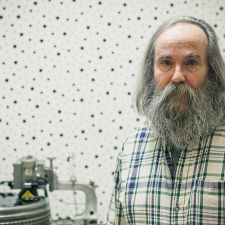 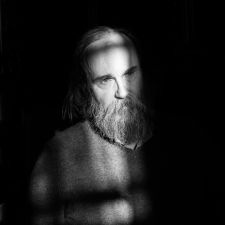 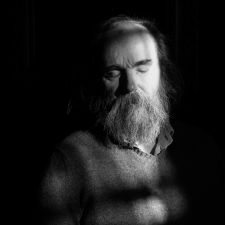 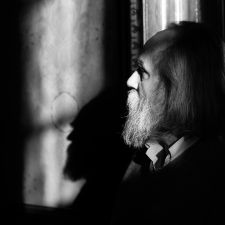 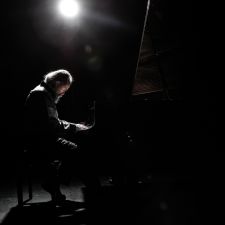 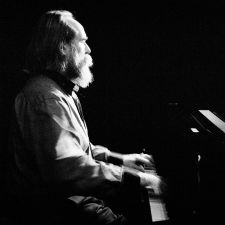 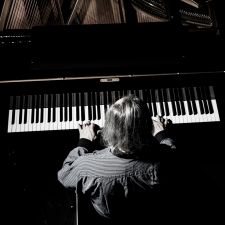 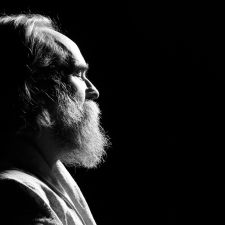 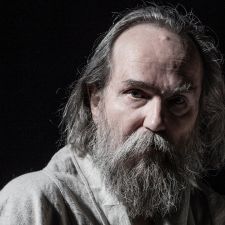 A short film documentary/portrait about the great Ukrainian composer and pianist Lubomyr Melnyk and his 'Continuous Music', a piano technique based on extremely rapid notes and complex note series.
He is one of the most fascinating pianists of our time and one of the truly great innovators of the piano. A full length documentary film is planned for 2020/21.

Lubomyr Melnyk is a Ukrainian pianist and composer. Through his pioneering work in the 1970’s, he developed the technique of “Continuous Music” for piano, and with it a stunning new language for the instrument, based on its actual sound. By way of this new technique, he set several world- records on the piano, notably in Sweden in 1985 where he was recorded playing at over 19.5 notes per second – a speed that has never yet been matched, making him the fastest pianist in the world. Since the mid-1970’s, he has performed concerts with his music world-wide as well as radio recordings. Most of his works are for piano solo and duo, although there exist several works for orchestra and various ensembles. While his revolutionary piano playing was mostly ignored by the classical institutions in its early years, his music is gaining an ever-wider international awareness.
He has been called ”the Prophet of the Piano” - this man who was born in a Ukrainian refugee camp and who, at the young age of 23, completely revolution- ized the world of the piano for all time to come. No one before him had touched the piano in this way, no one before him had ever lived the piano in this total, all-encompassing way, no one before him had loved the piano so much, with every breath of his life, with every atom of his being. Truly, Lubomyr Melnyk is the mar- velous voice of the piano!
In the early 1970’s, Lubomyr travelled to Paris to embrace the Bohemian life of an artist. Trained as a classical diploma pianist, he had already discovered the music of Terry Riley and the Minimal-ists of his time, and took their ideas of ambient flow, combined them with his classical training to create a totally unique and new “language” for the piano.
His complete devotion to the piano and to the art of playing it, would eventually lead him into new dimensions of piano technique involving many elements of Eastern thinking and even the Martial Arts, which he combined together with the classical training. The result was a stunning new ability within the pianist to execute complex and thoroughly “mind-blowing” note- combinations, not only with ease, but at speeds that no pianist before him had ever dreamed were even possible! Lubomyr is, after all, the fastest pianist in history, able to maintain speeds of over 19 notes per second in each hand – a feat which allows him to create the wonderful almost pastel-like shimmering harmonies that flow from the piano as he plays.
Still, it is nevertheless the sound of the piano that is so important in his music! The Continuous Technique simply releases the amazing natural sound of the piano, the true voice of the piano singing in its fullest glory! As Edward Bond wrote in the Kingston Whig-Standard in 1976: “...the piano was always meant to sound this way!”
There are so many layers to the music he creates, an entire landscape of natural powers and visions: there are great washes of sea-like waves, there is the gentle patter of rainfall, there are song-like melodies that hang weightless in the air, and tumultuous harmonies that shimmer like a halo around those melodies. All of this surrounded by a dimensionless river of sound that seems to flow from eternity! Words cannot describe this music fully. Our only path is to listen, to enjoy and to let ourselves be carried weightless on this beautiful river into the great realm of imagination!
We can only be grateful that after 300 years since its birth, the piano has found its true champion and greatest lover. It is Lubomyr who released the hidden choir that lives in every piano, and whose gentle touch to the keys has shaped the beautiful voice of his love into singing tones. It is he who brought the glorious sound of this glorious instrument out from the shadows, where it had been hidden for over 300 years, up into the sunlight for the entire world to see and hear!
This solitary pianist, living like a hermit outside the spotlight of the concert stage, has given his entire life to the piano, in a union of total love and passion. Through him, the world has finally discovered the beautiful sound of this great instrument. Lubomyr is no ordinary pianist, nor is he an “entertainer” - he is a prophet who showed us the way to love and appreciate the piano. He is the one who showed us what this instrument can do, he is the one who united every fibre of his being to the body of the piano in order to create this magnificent and beautiful world of Continuous Music!
Lubomyr Melnyk walks with one foot in the history of the piano, and the other foot in the mystical. Like a prophet, he is the selfless link between two worlds!