I've exchanged thoughts with Ian for years. It started at a concert in Hamburg and I was delighted with his interest in cultural and political contexts. Many of his assessments of development unite us and his countless projects are not only important food for thought and a source of inspiration for me. I am all the more delighted that our joint collaboration starts with this release.

»Down With Liberty… Up With Chains!«

The 2009 debut album from the chain gang led by Ian Svenonius (Nation of Ulysses, The Make-Up, Weird War) is a masterpiece of primitivism. From dazzling set pieces of R'n'B and rock’n’roll, the band forms highly melodic songs full of call-and-response chants (“What Is A Dollar”), or invites you to take a walk through the cemetery (“Cemetry Map”), which sounds so spooky as if voodoo master Dr. John had thought it up. Sometimes Svenonius just grabs a wooden guitar to make fun of conspiracy theories like in “Deathbed Confessions”: “I faked the moon landing, I saved Hitler’s brain. Yeah, it’s in Argentina but it controls the USA.” Calvin Johnson produced the album at his Dub Narcotic studio and also did a bit of background vocals. The beat lurches and sways as confidently and surely as an old sea dog’s gait in a breeze of doppelkorn. The somewhat odd album title is explained by the always conceptually thinking singer as follows: “Everywhere freedom goes, it leaves a path of destruction. Fast food, bad architecture, materialism, unbridled greed, destroyed environment, imperial conquests, class struggle; combined, these phenomena are seemingly synonymous with freedom.” When big words often hide only capitalist greed and imperialist war, Svenonius and Co. prefer to slip into the role of dissidents. 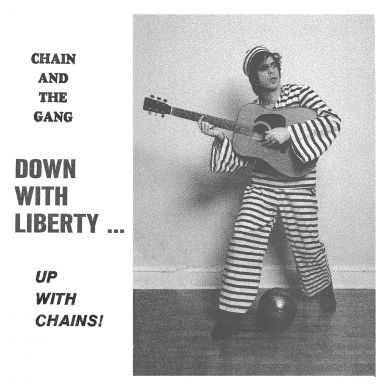 »Music's Not For Everyone«

Released in 2011, Chain and The Gang's second album, like its predecessor, was once again produced by Calvin Johnson at Dub Narcotic Studio. The lineup is also mostly the same, with the small difference that there are now five background singers who answer (in different songs) the calls of Ian Svenonius: Tara Jane O'Neil, Veronica Ortuño, Susanna Patten, Sarah Pedal and Katy Davidson. "Why Not" challenges everyday common sense and the established rules to an energetic blues shuffle. "Detroit Music" sounds like dirty jabs and the Dirtbombs, "Detroit Music II" plays the ball on, towards a heavy monster jam. Brilliant! The title track is then again in a class of its own: to psychedelic laments familiar from the Stooges' "We Will Fail," Svenonius mocks the tastes of the naïve "I actually listen to everything" consumer: "I know you wanna share. But don't!" he spits contemptuously at their feet. In the era of Spotify and Co., Svenonius accepts the accusation of snobbery: "Does a moth know a flame, just because it's drawn to it?

"Svenonius sells it all with conviction and a devilish twinkle in his eye. He means what he says, and also knows how absurd it all is. These 12 tracks serve as a bombastic backdrop for Svenonius' treatises on living the life of an anti-capitalist svengali; they're a guerrilla garage rock manifesto imbued with fever, fervour and soul." - The Quietus 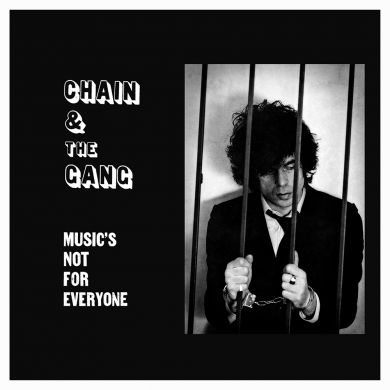 The third album of Chain and The Gang, released in 2012, has an attractive wild card: Katie Alice Greer – the charismatic singer of the Priests takes over the second voice in all songs. And no matter whether she just blurts out a pointed "Yeah!" or takes over the song completely, as in "Free Will" – her presence is palpable in the room. "In Cool Blood" has become a kind of Bonnie and Clyde, or Nancy and Lee album: adventurous, sexy and quite convinced of itself. The balance between the two different voices is perfectly balanced, the songs are casual but to the point. It's less about fighting capitalism this time and more about living out personal freedom. "Heavy Breathing" celebrates the joys of late-night phone sex; "Free Will" Greer sings with snotty self-confidence, as if she had just given an encroaching guy a painful kick in the soft parts: "I don't believe in free will. I just do what I feel, that is the deal, I don't believe in free will". Connoisseurs will surely hear echoes of the Delmonas or Holly Golightly. It's hard not to like this mixture of lurking garage rock and ironic poses and confessions. Chain and The Gang have created their own world with this, a fiercely bubbling petri dish of songs and stories that brings together the past and future of rock'n'roll.

"Not for the weak of heart or the slow of brain, "In Cool Blood" is for the hot of blood, the quick of temper, and the hard of sleeping. Recorded in a spontaneous, ad lib session of dream led automatic writing/rocking, "In Cool Blood" was made at a Surrealist stomp session in the bowls of Olympia." - CHAIN AND THE GANG manager Johnny Sincere 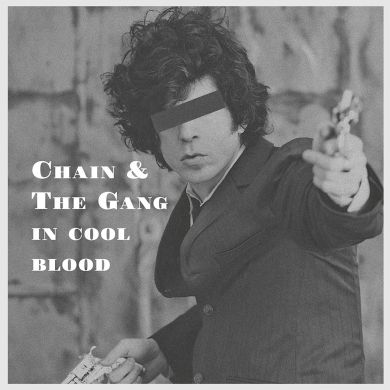 Chain and the Gang is led by Svenonius, the prime mover behind the bands Nation of Ulysses and The Make-Up, and author of two books, Psychic Soviet and Supernatural Strategies for Making a Rock 'n' Roll Group, not to mention online talk show host and auteur filmmaker. The band deals in a new genre called CRIME ROCK that updates rock 'n' roll, blues, and gospel music or vocal quartets from the late 50s /early 60s for the discerning few.

As Ian himself puts it: "If asked about it by a prospective fan, I would say 'Watch out; it might hurt your feelings.' Or 'Be careful...there's no telling what might happen if you put it in your ear.'" Why? Because Chain and The Gang isn't for everyone. It's not designed for the victims of Ikea who rely on robots to choose their background muzak, but it can also prove to be addictive and has some disturbing side effects.